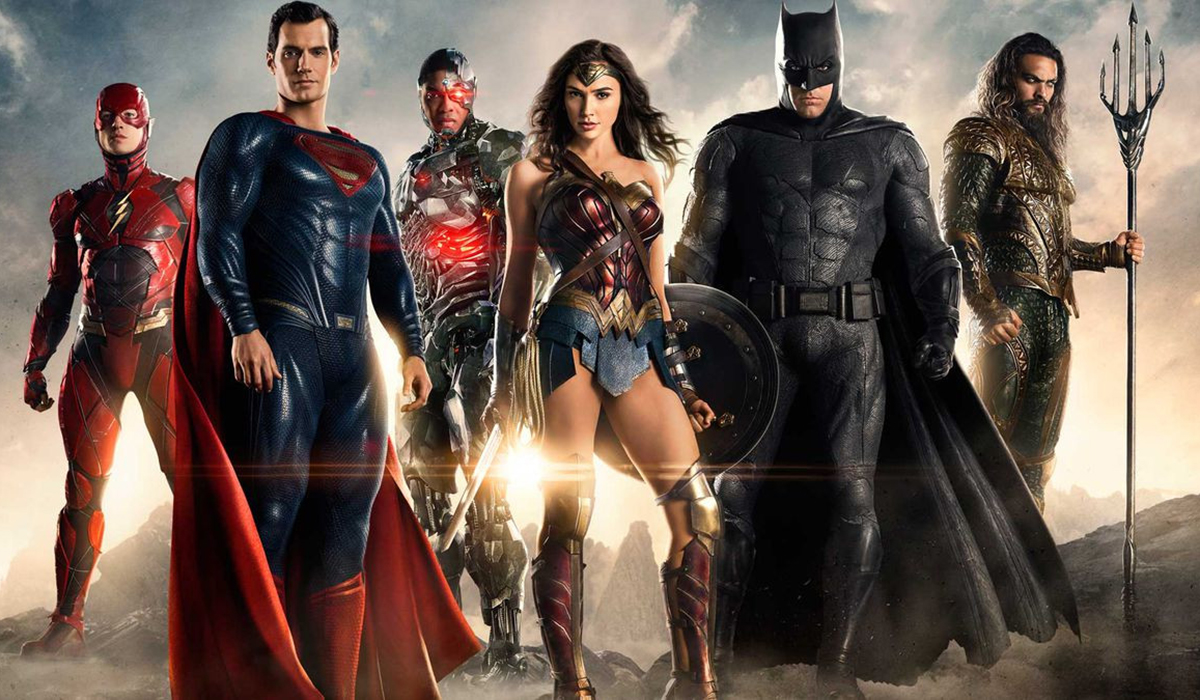 The next two years will be the most anticipated time of DCEU fans as there are many key projects of this cinematic universe DC coming out.

Over the past 8 years, Warner Bros has released DC comic-related movies, kicking off with Man of Steel and following up by Batman V Superman, Suicide Squad, Wonder Woman, Justice League, Aquaman, Shazam, Joker and, Birds of Prey. There is no doubt that Aquaman's success in 2018 marked a phase for Warner Bros and DC films as they embark on rebuilding their cinematic universe. And when the Justice League dream is temporarily put aside, the superheroes have the opportunity to be introduced in more detail.

In this blog, you will find new DC movies coming out both in production and in development in the next few years. You might want to watch the entire 24 DC movies before discovering the next movies of this cinematic universe.

When being released in the summer of 2017, the first film about the character Wonder Woman became a spotlight of the DC cinematic universe after the names of dark colors. The film received wildly positive feedback from critics and a large number of fans. Its success was shown by the global revenue of nearly $ 822 million, 5,5 times higher than the initial investments.

Director Patty Jenkins returned to direct the film and Gal Gadot for the third time as Diana Prince - warrior princess of Themyscira. Chris Pine also surprised fans by still appearing even though his character died at the end of the previous movie.

As revealed from the name, Wonder Woman 1984 took place in the final years of the Cold War period (1947 - 1991). In the movie, Diana Prince / Wonder Woman will confront female villain Cheetah (Kristen Wiig) - an archaeologist hit by a curse and capable of turning into a leopard.

According to Patty Jenkins, Wonder Woman 1984 will fill the gap from Wonder Woman to Batman Vs. Superman: Dawn of Justice. The 1980s was used as a bridge to bring Wonder Woman to the modern world, as well as to show how she adapted to it.

The film had been scheduled for release at the beginning of 2020. However, it’s then pushed back to October 2020 due to Covid19.

After Wonder Woman, the next DC movie from DCEU is the second part of the Suicide Squad. During 2 years from 2016 to 2018, the film witnessed the searching for the right director. And this search finished when Warner Bros hired James Gunn who was just fired from Disney from the third Guardians of the Galaxy season - as the project's writer and director. James Gunn's blockbuster was later titled The Suicide Squad.

The movie will also have the appearance of more members, for example, Idris Elba to take the place of Deadshot (Will Smith). Anh the two villains Polka Dot Man (David Dastmalchian) and Ratcatcher (Daniela Melchior).

Luckily this new DC movie was completed before the shutdown of COVID 19, and the pre-production is underway at home and the film will be coming out as scheduled on August 6, 2021.

Initially, the project was planned to be a  standalone story about the character The Batman by Ben Affleck. He once declared to be the film’s writer, director, and the main actor. However, the plan soon changed as Matt Reeves replaced Ben Affleck as project director. Ben Affleck officially dropped the role of Batman and left the DCEU in January 2019. And the name chosen to play the dark knight of Gotham is Robert Pattinson.

This new DC movie will focus on Batman’s ability to investigate - an aspect that was not explored much in the previous works.

Sad news for DC movie fans looking for DC movies coming out this year, due to the COVID 19, The Batman’s scheduled release will be pushed back until October 1, 2021, instead of June 25, 2021.

DC Movies coming out in Development

2022 is expected to be a year when Warner Bros. and DC Films accelerate the DCEU. According to preliminary information, three DC superhero movies are expected to be released this year alone, two of which are sequels to Aquaman (2018) and Shazam! (2019).

The character adaptation plan for Black Adam has been approved by DC Films and Warner Bros. launched many years ago. Dwayne “The Rock” Johnson was the target for the role.

In 2017, The Rock revealed that the producers decided to make two separate films, one about Shazam, and one about the villain Black Adam instead of both appearing together in a single film. The Rock will be starring in the following movie, while Project Shazam! was implemented first and achieved remarkable success. According to preliminary information, the film will begin shooting in July this year and is expected to release on December 22, 2021.

The special film about super-speed hero The Flash is expected to be released on June 3, 2022. The project is still in development and will be directed by Andy Muschietti.

Like The Suicide Squad and The Batman, Flash's own movie has undergone numerous script and director changes since it was scheduled in April 2015.

In July 2019, Andy Muschietti took the position of project director after four consecutive years of change for Warner Bros.. Christina Hodson, Birds of Prey's screenwriter also began to write the screenplay for the film, in the hope of project. may shoot this year. Flash's own movie project will most likely conflict with the filming schedule with the 3rd Fantastic Beasts starring Ezra Miller also filmed in the near future.

6. Shazam: Fury of the Gods

In April 2019, after the box office success of Shazam !, New Line Cinema - partner of DC Films and Warners Bros. hired Henry Gayden to continue writing the script for a post-story story about the stubborn Billy Batson and his siblings and the almighty superhero Shazam. David F. Sandberg continues to sit as project leader and producer Peter Safran is also expected to return.

Currently, no more information has been revealed around this project. Whether or not the character Black Adam of The Rock will appear in this post-story is an unanswered question.

Part two of Shazam! It was originally scheduled to be launched on April 1, 2022 but was delayed to November 4, 2022 due to the epidemic COVID19.

In December 2018, Aquaman unexpectedly became DCEU's highest-grossing film with $ 1.1 billion worldwide. Back then, Warner Bros. wanted to immediately produce a post-story for Jason Momoa's character Arthur, while James Wan warned him that he would not start the project without a complete script.

The studio then had to schedule the film's release until the end of 2022 to have more time for preparations. Aquaman co-writer David Leslie Johnson-McGoldrick was tasked with developing the script for the post-story.

Although James Wan has yet to confirm whether he will return to Aquaman 2 or not, surely after the success of the first movie, Warner Bros. won't let the director go.

In addition to the planned and scheduled projects, there are still many other DC Comics superhero names that are expected to soon have their own film like Batgirl (once assigned to Josh by Warner Bros. Whedon in 2017, but by 2018 the director announced he was leaving the project), Green Lantern Corps or The New Gods are all stopping at the script construction stage.

Stay tuned to keep update with thrilling DC movies coming out next years.