Studio Ghibli is one of the famous names of the Japanese anime production industry. Many Ghibli movies have won numerous major awards, with eight movies making it the top 15 highest-grossing anime films of all time made in Japan. Studio Ghibli films are appreciated for their artistic, very successful character building. Studio Ghibli movies heroines are drawn with each person unique and have left many impressions: brave, cute, talented, etc .. Below are Lovely female cartoon characters favored by fans from Ghibli movies, according to Wiinchannel.

Chihiro Ogino is the ten-year-old core protagonist of the Japanese animated film Spirited Away from Studio Ghibli. Unlike the female leads with a gentle and cute appearance, Chihiro is the type of character that is more attractive to see. After getting sidetracked from moving into her new home, Chihiro is separated from her parents in a spirit-filled world and is forced to adapt to a harsh environment in order to get back to where she belongs. The image of a little girl doing her best to save her parents turned into pigs and touched many fan’s hearts. The spirit of conquering the harsh adversity even though being the only human among the gods has become an admirable image of many fans around the world.

Why Should Every Child Watch Spirited Away Once in a Lifetime?

Ponyo is an animated film written and directed by Hayao Miyazaki and produced by Studio Ghibli. The magic goldfish aspires to be human. Her curiosity and excitement while having fun with Sōsuke has made viewers love it. Her happy and sweet nature win over not just the somewhat ordinary characters in the movie, but also those watching her on the screen.

The Collected Works of Hayao Miyazaki Rank To Best

Satsuki Kusakabe is the second protagonist of My Neighbor Totoro. Satsuki’s a typical older sister from ghibli movies. She’s a beautiful girl, energetic and stronger than sister Mei. She sometimes irritated her little sister, yet still diligent in looking after her despite their difficult home situation. Particularly as she tries her best to look after Mei while their mother is away sick in hospital. The image of such a gentle, gentle and mature sister has made many fans love and admire.

Shizuku Tsukishima – Whisper of the Heart (1995)

Shizuku Tsukishima is the heroine of Studio Ghibli’s 1995 animated film, Whisper of the heart. Shizuku appeared calmly, simply with short brown hair and black eyes. Inspired by Seiji chasing her dreams, Shizuku was determined to test her talent as a creative writer. She decided to pursue her writing job. The film brought two people together by very cute and sweet coincidences, in a story that is both real and virtual, subtly intertwined and very natural.

San, otherwise known as Princess Mononoke or the “Wolf Girl,” is the main character in Princess Mononoke. She acts, behaves, and resembles a wolf due to the fact that she was raised by wolves themselves. When San was a baby, the wolf goddess Moro attacked her parents, who were found damaging the forest. San’s primary concern is protecting the forest and the animals she lives with. San rejects her own humanity. Picture strong girl, brave and talented makes viewers can not help but admire and love. She has suicidal thoughts and attempts to assassinate Lady Eboshi of Irontown many times, as San believes that Eboshi’s death will result at the end of Irontown and human growth into the surrounding, untouched.

Kiki, also known as a fictional 13-year-old child female witch and the titular main protagonist of Kiki’s Delivery Service. Kiki has short, black hair, which she ties back in a large, amaranth red bow. She wears a medium-sleeved, jet black dress. Kiki is strong-willed, friendly, sweet, and upbeat, however is rather stubborn at times and proud, which is sometimes to her disadvantage. She is very attached to her pet black cat-Jiji and introduces him as her best friend. Kiki isn’t ever so popular after her first arrival as she is viewed as a bit of a show-off, but gradually makes new friends with her customers and is the heroine of the film at the end. Her courage to leave home and fulfill her calling as a witch makes her one of Ghibli’s most admirable heroines.

Marnie is the titular character of the film When Marnie Was There. Marnie was raised in the Marsh House when she was growing up in a seaside town. The character Marnie has blonde hair, mysterious blue eyes, always dressed elegantly, even with bare feet and wearing a nightgown. She was often mistreated by the maids while her parents were out. However, what really stood out for audiences was Marnie’s power to overcome the hardships she endured as a child and her later struggles throughout her adult life, she becomes a strong and beautiful character.

Sheeta is a 13-year-old orphan farm girl. She is one of the main protagonists in Laputa: Castle in the Sky. Sheeta wears a plain, indigo dress with a white petticoat underneath. She has dark brown hair with a short fringe and wears her hair in two braids on either side of her head. Her eyes are a deep greyish blue (though often appear as entirely black). She also wears a red headband. Each braid is tied neatly at the bottom with a red ribbon, a common color for hair accessories in Studio Ghibli films. Despite her taciturn and shy personality. Sheeta is polite, kind and intelligent. The movie concludes with her saving what remains of her kingdom from Muska as the true heir of Laputa.

Nausicaä is the princess of the Valley of the Wind. She is the eleventh child of King Jhil, and the only one to live to maturity. She is 16 years old, but her wisdom is far beyond her young age. She is rarely seen without her Mehve or her companion, Teto the fox-squirrel. Some belief her to be “The Blue Clad One” from Dorok legends. With psychic powers, a kind and loyal nature, awesome glider skills, and a fantastic blue-and-white suit, you’d be hard-pressed to find someone who doesn’t want to either be Nausicaä or be friends with her. She has dedicated herself to help her people, including trying to find a cure for the miasma poison that so many suffer from. She is brave, courageous, intelligent, loyal, honest, kind, compassionate, and everything that one looks for in a true heroine. She stands tall against all adversaries and is willing to sacrifice her life in order to save those around her. Her fencing and flight maneuvering ability exceed that of the enemy forces. Throughout the movie, she manifests the ability to wield a variety of weapons including a dagger, a sword, a rifle, and explosives used when extracting an Ohmu eye.

So there you have it – Lovely female cartoon character favorite with fans from Ghibli movies. Was your favorite on the list? Let us know in the comments section below! 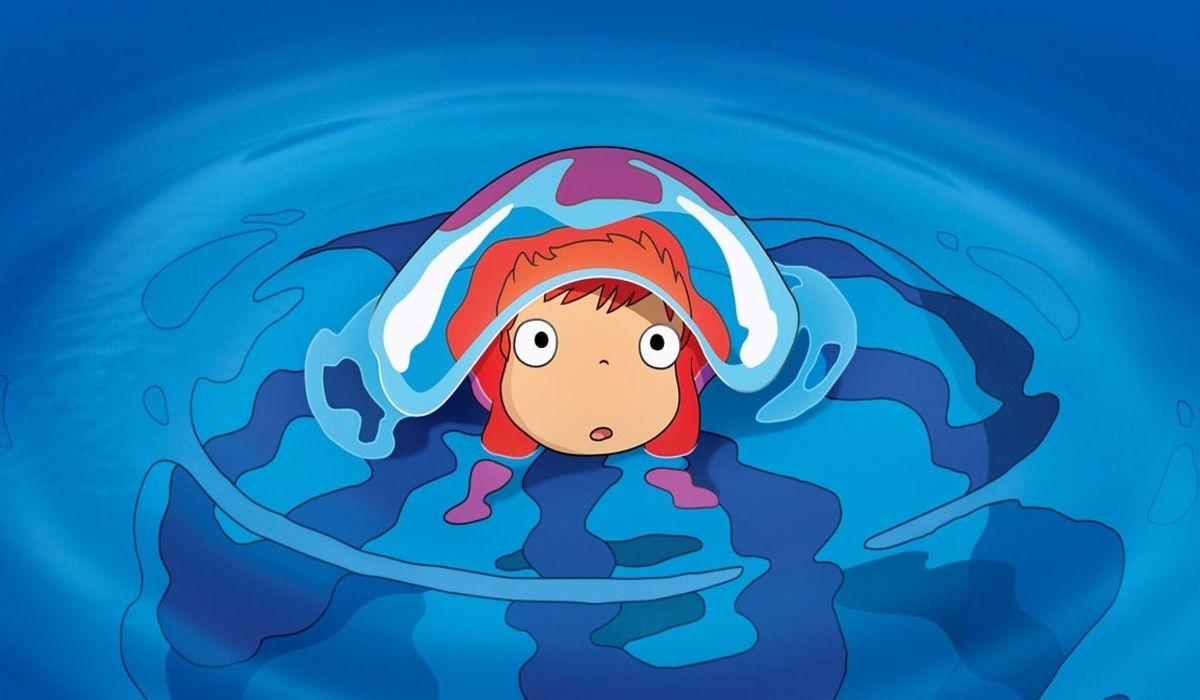 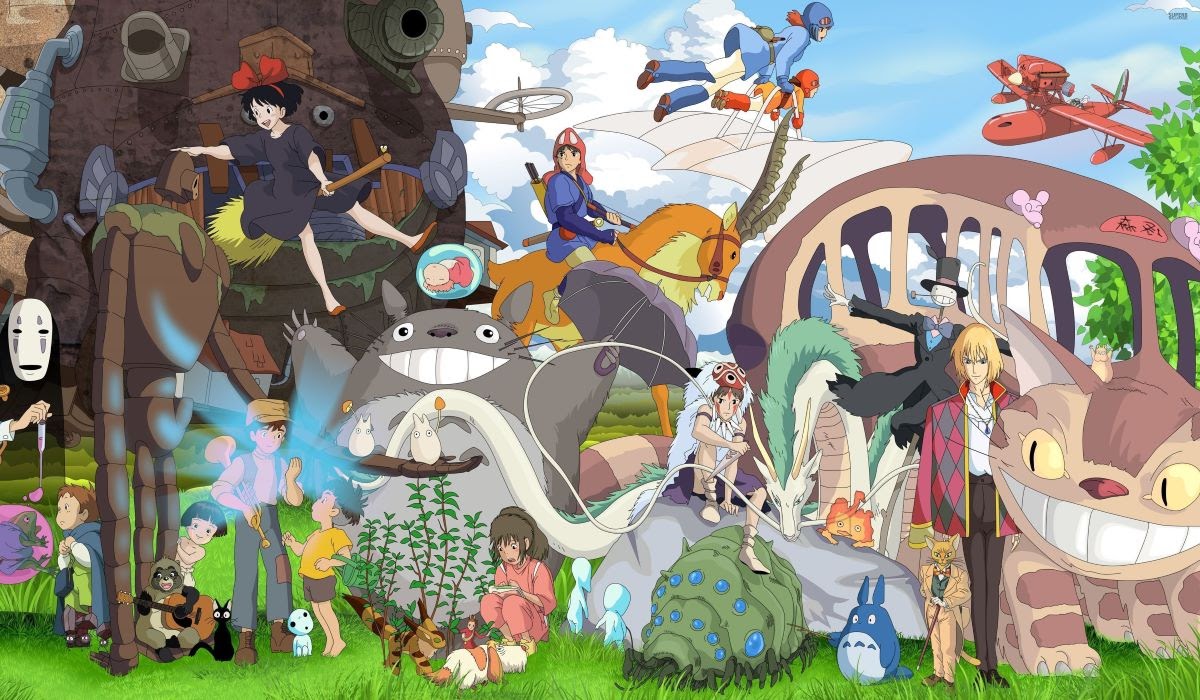